Russ Fox recently discussed a real potential problem for tax preparers and taxpayers alike In the upcoming 2013 tax filing season in his TAXABLE TALK post “Why the 2013 Tax Season May Give Me Lots More Gray Hair”.


Here is what Russ had to say –


“Today, President Obama reiterated that he won’t sign a bill to block the year-end tax hikes unless there are tax hikes on the wealthy. If President Obama wins reelection, he’ll end up having to negotiate with the Republican House (and possibly a Republican Senate in January).


But what happens if Mitt Romney wins? In today’s Gallup Poll, he’s up by 7 among likely voters so this definitely could happen. And what were to happen if the Republicans also win the Senate (or it ends in a 50-50 tie, to be decided by whichever party holds the Vice Presidency), also a definite possibility? Republicans would wait for President Obama to leave office and on January 21st legislation might pass extending many of the Bush tax cuts.


There’s a problem here, though: The IRS won’t be able to update their computer systems until after the legislation passes in late January. A few years ago, there was a tax season where we couldn’t file most returns until mid-February because Congress waited until mid-December to pass extender legislation. Yes, it could be mid-March before we’re able to file many tax returns. Imagining a compressed one-month “normal” tax filing season is not pleasant for a tax professional.”


As Russ, and other tax bloggers, has pointed out, it is a very real possibility that the idiots in Congress will do nothing to address the various “extenders” that expired on December 31, 2011, including, most importantly, the dreaded Alternative Minimum Tax (AMT) patch, until early 2013.


The IRS will either have to correct its computer systems mid-season, seriously delaying the processing of 2012 income tax returns and the issuance of 2012 tax refunds and perhaps requiring the extending of the initial filing deadline from April 15 to perhaps May 15 - or require taxpayers to file original returns under the law that existed when they went to press and then file amended returns once the computers have been properly updated.


Either option will cause mass confusion among the taxpaying public and generate massive agita or tax preparers.  It will most certainly cost the IRS a fortune and increase the cost of preparing a 2012 tax return.


As I cannot submit my clients’ returns electronically, and do not usually begin preparing returns until February 1st, my practice will not be as affected as most (assuming that the extenders are passed in January).  It would not stop me from properly preparing the return under a normal tax-season schedule – but the processing of these returns and issuing of any refunds would certainly be delayed.


While I expect I could deal with it, I would not want to be forced to wait until March to begin to prepare returns and would not want the season extended a month.  I would probably prefer filing initial returns under old law and then preparing 1040Xs in April and May to correct them as needed.  Hey, this would certainly increase my income.
As for the issue of gray hair that Russ brings up - I have been gray for years, so at least that is not a concern for me.
One alternative for the idiots in Congress - address the "extenders" ASAP, so the IRS can properly go to press almost on time, and then wait until early 2013 to deal with the "Bush" and other tax breaks that expire 12/31/2012.  But then again - they are idiots!


What do you think?
RDF
Posted by Robert D Flach at 5:00 AM No comments:

THERE MUST BE GRANDFATHERING!


It appears that there are still 325,203 “preparers with provisional PTINs who have not yet passed the RTRP test”.  I am not alone.


This past summer I attended the National Association of Tax Professionals’ annual conference in Baltimore.  The keynote speaker was former IRS Tax Pro Regulation “czar” David Williams, who talked about the progress of the new regulation regime.  In my post “Greetings from Baltimore” here at TPP I reported on the statistics provided by David in his address -


“There are currently 3,269 previously unenrolled tax professionals who have taken and passed the initial competency test to receive the new RTRP (Registered Tax Return Preparer) designation.  This leaves almost 339,000 RTRP “candidates” – previously unenrolled preparers who need to take and pass the test by December 31, 2013 (I am in this number).  That is a lot of tax preparers.”

The current data indicates that as of October 1st there are 22,332 Registered Tax Return Preparers.  So since the summer only 19,000 more previously unenrolled, and some Enrolled Agents who did not need to take the test, have taken and passed the test.


There are only about 14½ months left before the December 31, 2013 deadline for “provisional” tax return preparers to take and pass the RTRP competency test.  Will that be enough time for the 325,000+ to do so?  To be perfectly honest, I doubt it very much.  It may be a logistic impossibility.


Yet the IRS and its new regulation regime czar continue to state that it will not extend the deadline.


So what will happen if on December 31, 2013, there are still 250,000 or more tax preparers have not taken the test?   Will the IRS put them, many if not most of whom will no doubt be veteran experienced and highly competent and ethical tax professionals like me, out of business?


To do so would be a disaster for both taxpayers and the IRS.


The issue is not that the deadline should be extended – but that the IRS must enact some kind of “grandfathering”.


Why has the IRS resisted such grandfathering?  They already exempt all CPAs, attorneys, and “supervised employees”, regardless of ability, training, or experience in 1040 preparation, from having to prove any degree of competency by taking the test, which is about 42% of the current PTIN-holder base.  So they cannot really be that concerned about the competence of registered tax return preparers.


The main purpose of the regulation regime was to establish a registry of tax return preparers.  The requirement to register and receive a PTIN takes care of this.  The creation of a RTRP designation is good for the taxpaying public, as is the requirement for minimum annual CPE in federal taxation to maintain the designation.  And, going forward, it may also be a good idea to require new individuals who are entering the business to be tested as part of the RTRP process.


But, as I have said all along, why should I, who have been preparing 1040s continually without incident for 40 years, and others like me be forced to take a test now to prove that I knew what I have been doing all these years?


I have suggested that the IRS exempt from the initial competency test all paid tax return preparers who have consistently been preparing 1040s full time (I mean during the tax season – not 40 hours a week all year round) for at least 5 full years (60 months) prior to registering for a PTIN, and who have earned a minimum of 50 hours of CPE in federal income taxation topics during the previous 3-year (36 months) period.  As the current annual requirement is 15 hours of CPE per year, I would accept a minimum of 45 hours over 3 years.


Unless the IRS is truly planning to put perhaps a quarter of a million qualified and ethical tax return preparers out of business it must accept grandfathering!

“Tax preparer Robert D Flach celebrates 25 years of professional affiliation with the National Association of Tax Professionals (NATP), a nonprofit professional association founded in 1979, and committed to excellence in taxation. NATP members dedicate themselves to continued education and a high code of ethics and professional conduct


Members of the National Association of Tax Professionals (NATP) work at offices that assist over 11 million taxpayers with tax preparation and planning. The average NATP member has been in the tax business for over 20 years and holds a tax/financial designation and/or a college degree. NATP has more than 20,000 members nationwide. Members include individual tax preparers, enrolled agents, certified public accountants, accountants, attorneys and financial planners. As a nonprofit professional association, NATP serves professionals working in all areas of tax practice through professional tax education, tax research and tax office supplies. The national headquarters, located in Appleton, WI, employs over 50 staff members. Learn more at www.natptax.com.”


All previously unenrolled tax pros who will now become RTRPS, who are not already members, should join the National Association of Tax Professionals.  In my opinion, NATP is perhaps the best provider of continuing professional education (CPE) for tax preparers.


Its annual reasonable-priced year-end tax update seminars, the pairing of “The Essential 1040” and “Beyond the 1040”, offered around the country each year in November and December, is the perfect way to comply with the new CPE requirements.  The 2 days add up to 16 hours of CPE,  They offer more than 3 hours of detailed tax updates (information on what is new for taxes for the current tax year– this year 2012 – and the next one – i.e. 2013), in depth coverage of specific tax topics, and includes the unfortunately necessary 2-hour Ethics time waster.


The various print and email publications and Research Department are also excellent and essential resources for tax professionals.


To receive membership information please email me at rdftaxpro@yahoo.com with “NATP Membership Info” in the “Subject Line”. 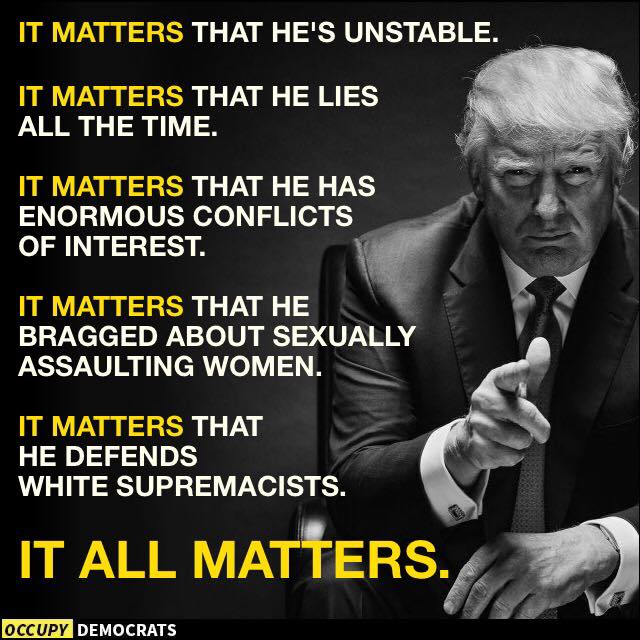