I do oppose requiring all paid tax preparers to take a government-administered competency test, either one time or annually, to maintain their PTIN and continue to be allowed to prepare tax returns.  I would only support a one-time initial competency test if there was a grandfathering exemption for paid tax preparers who have been consistently preparing 1040s for a fee for at least 5 years.

After 50 tax seasons of preparing 1040s without incident I have no intention of taking a test now to prove I know what I have been doing for the past 50 seasons.

What I would like to see is a new voluntary tax preparation credential, either a part of the current IRS Enrolled Agent system or, preferably, created and administered by an independent organization.  See my editorials “What the IRS Should Do About the RTRP” and “It’s Time for Independent Certification for Tax Preparers”.

So, what do you think?

CHECK OUT MY MANY BOOKS AND PUBLICATIONS ON TAXES 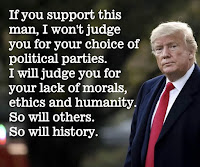